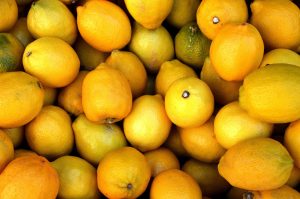 Sometimes there are just too many bloody lemons. Sometimes you don’t want to make any more feckin’ lemonade. Sod turning your frown upside down and/or scrabbling around in search of the scrap of silver lining. Sometimes you just need to feel as bad as you feel.

It’s been a bit like that these last few weeks. Like many who experience periods of depression—or go through a sadness, which is definitely not the same thing—I dread the questions “what’s wrong?” or “what’s happened?” (or anything similar). I get disproportionately angry because, however much I know intellectually that such responses Come From A Good Place, I experience them both as a challenge to my ‘right’ (whatever that might mean) to feel as I feel, and also as a refusal simply to accept and acknowledge that that is where I am right now. I hear them as a demand that I justify my sadness or jolly well get over it. If I make the mistake of attempting some kind of attribution of my feeling to a particular event or state, they may even be followed up with A Suggestion: “Have you thought about X/tried Y?” Aaarrrggghhh! Not only are you refusing to come alongside me, you’re attempting to move me along, like some kind of EmotionPoliceman who doesn’t want this difficult feeling lying around, messing up the public highway. Pelion upon Ossa. Now I have to feel bad about feeling bad….

Ahem. You may sense how bone-deep this runs for me. The lemonade I have made out of this particular lemon-mountain is that I work in a therapeutic modality which seeks always to receive people exactly where they are, with the trust that this in itself can be central to their moving forward. I rejoice daily in this. Hoorah for person-centredness and the changes it can bring.

Sometimes it all feels like the Crackerjack final, though, but with lemons instead of cabbages; and the latest lemon, breaking the counsellor’s back (sorry, the images are raging out of control now), was a new and mysterious thing going on in my right flank, which apparently was to do with my left ilio-tibial band, and my knee, and about 50 years’ worth of operating my own body incorrectly. I was quite literally shouting and weeping with pain. In the process of getting some help with it I had to spend ten minutes—aeons—standing only in my underwear in front of a strange man as he scrutinised me intently—from the front, the back, and both sides. 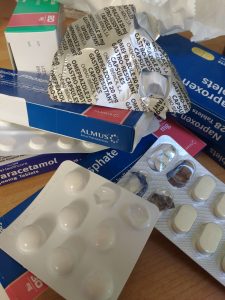 He then needed me to lie, still clad only in underwear, in various positions where it was impossible to do any kind of stomach-management, while he put his hands on the bits of me I usually keep as well-shrouded as I can. He was wonderfully professional, and I have absolute trust in what he did for me. Nonetheless, it was awful.

A few days later things I was in such a state that I eventually went to see the emergency doctor (or at least, Nurse Practitioner. No doctors available, of course). Another lovely man, he took one look at me, turned to his computer and began typing a prescription—as it transpired, for ludicrous amounts of drugs—before turning back to ask, ‘You’re not over 60, are you?’. I mean, how bad was I looking?! As bad, perhaps, as I felt.

What on earth has all this to do with thing 12, you are probably wondering? Well, on the Day of The Drugs Richard was staying. He got up early with me and helped me as I hobbled, winced and wept my way down to the surgery. It was icy and slippery, and every mis-step caused an excruciating escalation of the pain. He held my hand as I cried. He came in to the appointment with me. Once I’d got my drugs, he took me to my favourite café and bought me tea and toast so I could neck some of the many tablets. Once they kicked in, though I still wasn’t exactly moving easily, I could get home and get to sleep with some degree of comfort. And in the evening Richard drove us to Ambleside for the “Adult Film Deal” (!) at the restaurant/cinema there. Friend, food, film. Here we are at last.

Earlier in the day Richard had told me about a new so-bad-its-good programme he’d seen called The Cat Whisperer. When he revealed the fact that the soi-disant Whisperer goes by the name of Jackson Galaxy (supply your own American accent) I burst out laughing, which—because it involved increased respiratory effort—was so painful that I burst out crying, which—because it involved increased respiratory effort—was so painful that… well, I didn’t know what to do with myself at all. Now, loaded up with a medley of drugs, I was free to laugh and laugh about old JG, albeit with a bit of a Sid James wheeze. I could enjoy my supper, and the fact that someone else thought of it, and cooked it, and washed it up. We tried bits of each other’s meals, and shared the pudding. We did some modest planning for the weekend, discussing one of the Whisperer’s tips about using a plant to enhance The Cat Environment before walking, cautiously but reasonably fluently, to the cinema. We enjoyed Darkest Hour for its old-fashioned emphases on character and mood, and wondered, together, how close it was to fact and, therefore, quite how much of life as we know it is owed to one man’s courageous trusting in his own convictions.

In The Four Loves CS Lewis notes how friendship ‘has no survival value; rather it is one of those things which gives value to survival’. My triple-F Friday of friend, food and film was undemanding, and unimprovable. I was left so grateful—for freely-available drugs, of course, but also for being accepted exactly as I was, and for being tended, and fed, and entertained. Experiencing all of that was a hell of a lot more refreshing than lemonade. 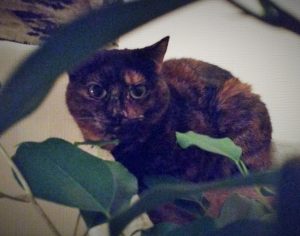 *For a celebration of friendship, read Elizabeth Jennings’ poem of that name, here.