I came across this line by Robert Frost quite recently on the internet (it’s all over the place) and it got me, in the way that poetry often can. 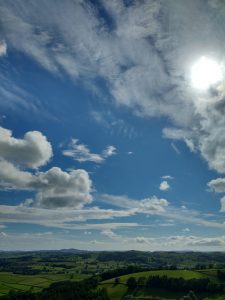 I heard a voice inside my head go Cor, in an almost Phwoar-y kind of a way (swiftly followed by a quiet, greenly-jealous voice saying I wish I’d written that). Though Frost is probably not, in fact, saying something very different from “You can’t put an old head on young shoulders”, there’s something so much more palatable for me in coming across the idea in this form; there can be something so irritating about proverbs, which often seem to have their hands on their hips and an irritatingly knowing, I-told-you-so sort of an air.

‘The afternoon knows what the morning never suspected.’ Any of us who has been lucky enough to reach noon and after will surely recognise the truth of this. There’s some stuff you just can’t know till you are older; till you have lived a bit, realised you are not immortal, and had time to accumulate―if not regrets, then at least a retrospective sense of the determining power of choices and events. ‘Our deeds determine us,’ the narrator in Adam Bede says, ‘as much as we determine our deeds’. The clarity of hindsight, and all that.

But it’s not just the lack of hands-on-hips admonition that works about Frost’s line. The simplicity of the image is part of its profundity. As with a lot of his work―he’s going to feature fairly regularly in these pages, I reckon―this is not a line which requires huge amounts of exposition (which is not the same as saying it’s short on resonance, or on space). You don’t need to think about it hard to feel the truth of it. And the tone of it: it evokes at once a slightly-rueful wistfulness at the innocence which is lost, and an unshakeable recognition of hard-won wisdom. It manages to balance the sorrow at what is precious and gone, against the sense of what is precious, and gained. Cor indeed. 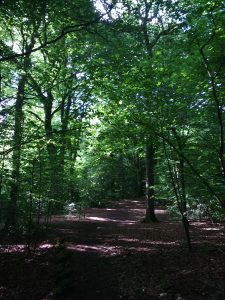 So, here we are: The morning is over, and it’s afternoon. After noon. Bloody hell. Whether or not we choose to reflect in it, the transition from young to middle-aged is a huge one: the very existence of all those whistling-in-the-dark sayings about “fifty being the new forty” and “It’s just a number”, suggests this. There’s certainly a truth in them, about your attitude being central to how you experience life. But there is an irreducability about the numbers, the facts: no-one lives forever, and no amount of “You’re as young as you feel” is going to change that.

For me there’s very often something irritating about the refusal to look facts in the face: irritating at any time, but for goodness’ sake, particularly about this—what Mary Oliver has called our ‘one wild and precious life’. So I really wanted to approach this time of transition with an openness to all that it brought, and is still bringing. I didn’t want to look away out of fear; didn’t want to elide the sorrows or deny the joys. Nor did I want somehow just to fail to engage with it—the life-equivalent of that post-prandial nap which rages out of control, so that you find yourself waking at 4.25, bleary and possibly dribbling, with the imprint of the sofa-cushion on your face and the sad knowledge that that the best of the afternoon has gone and so some of the things you wanted to do won’t, after all, get done.

I doubt my experiences or reflections are particularly original—this is pretty much an everyday story of loss and gain. But still, I hope you might find in it something you recognise, in a useful or comforting sort of a way. Thinking about The Big Questions (no stones knowingly unturned™) together, at times, is almost always more comfortable than doing so solo, though it remains true that no-one else can do your learning or your grieving for you, nor feel your own precious joy.

And all this can’t be rushed, I reckon, and will unfurl in its own good time. But as I approached my fiftieth birthday, there was one question which was much more immediate (indeed, what managers would, I fear, call “time critical”)—a question less intrinsically important, perhaps, but with an significance borrowed from the largeness of the transition itself. And that question is, of course: what on earth am I going to do on The Day Itself?

1 Comment on the afternoon knows what the morning never suspected