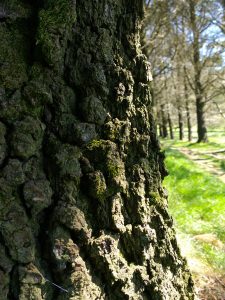 It’s in the post. Should I hire trumpeters, skywriters, a marquee? A cloistered cell in which to grieve? Do I want a Greek chorus to keen over the event, or a Glee chorus to celebrate it? Do I don some kind of ritual clothing, à la Victorian mourning garb, or go out and buy whatever constitutes my personal equivalent of a combover, a sports car or a push-up bra?

You may detect some ambivalence here. Over the last years of my forties, between periods of just getting on with my life there have been other periods where I ricocheted madly between all the different way-points on on the via dolorosa of loss. Sometimes I was stuck in one place for a while―long stretches where I found myself thinking about dying a lot, aware of the thin membrane between being here and not being here; fretting about quite how many things might, without my knowing, be going wrong in my body, or quite how many accidents were only a nanosecond away, just the other side of a lapse of concentration on the motorway… 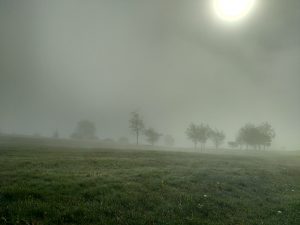 There were other times when―in the emotional equivalent of taking a corner too fast and having only two wheels on the ground―I veered crazily between rage, incredulity, despair and a kind of exhausted acceptance within a day or an hour. I know grief is always iterative; but really, the speed and range of the travelling was bewildering and exhausting. There was grief for my dear Dad who died in 2012, and for a treasured companion-animal who kept me company for 18 years (different scale, same feelings). There was grief for my youth, for the children I will never have, for the fact that I will never, now, have a lifelong partner, never do so many things… Though I can see that I’m not suddenly Old, nonetheless I felt―and still feel―insistent about my right to mourn the fact that I’m no longer Young. This is a real thing, whatever Laboratoires Garnier have to say about it.

So, what with 50 being such a waymarker on this road, and what with this grieving process not being yet finished, how do I spend the day? How?? It’s a midweek day, so no-one is going to be up for a Krayzee Nite, even if I enjoyed those, which I don’t. There are too many different people I’d like to be with, and things I like doing, and lovely places I could enjoy being in. I haven’t earned enough money to pay tax in a very, very long time so funds are minimal. And besides, what could possibly be significant enough, in one day, to bear the burden of representing such a momentous transition? Aargh!

I was talking about this one night with a friend whose tendency to offer suggestions sometimes belies her real capacity for empathy. She said casually, “Well, you could do fifty lovely things. And write about them”. Now, I’m congenitally averse to taking in solutions unless they have been preceded by empathy, compassion and the opportunity to feel any “negative” feelings I may have; and so I didn’t really register this greatly at the time. But a seed was definitely planted. 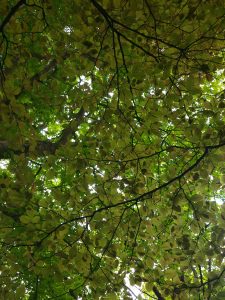 I’m pretty sure it’s more than mere compensation for an August-born childhood (= no presents from schoolfriends). (Never said I was grown up, even if I’m no longer young.) The more I thought, the better this seemed. I could spend time with all sorts of people, in all sorts of places; it could go on for ages! It could take in all manner of things: things I usually do, things I don’t make time to do often enough, and maybe things I have never done at all. (I’ve got to fifty never having climbed a tree, for instance, and I want to do something about that.) Unlike the there-and-backness of a Big Trip, or over-and-gone indulgence of a Big Night, this could, potentially, get bigger and wider, and have ripples I have no idea about, yet. How good is that? Hurray!

And this is really important: it’s absolutely not a bucket list—not an Oh shit, I’m that much nearer dying so I’d better cram it all in thing, or a Fuck it, I’m going to die anyway so I might as well thing either. Quite the opposite, in fact: it’s an appreciation of what is already here. On the other side of grief for what is not lies the treasuring of what is. It’s not drowning, but waving―not desperation, but celebration.

I’m not going to get Fifty Things done in a year, so I might as well take my time about it. I’ve got quite a few ideas already, but not nearly fifty, so I’m excited about letting ideas come to the surface (and even responding to suggestions. Possibly). And I’m really hoping that, as well as sharing Fifty Things with people I already know, I might be joined by others, too, on these adventures everyday and extraordinary.

And in the meantime, on the day itself, I’m going to have a walk and (if the weather is kind) a wild swim with one of those few, precious people by whom I feel utterly known and unconditionally accepted. My mum and my sister are going to be at my house, getting some food together, and later in the day assorted friends are going to drop round. There’ll be eating, drinking, talking, remembering, acknowledging, laughing. There are fifty full years of life to celebrate. That’s fifty candles. We’re going to need a lot of cake.